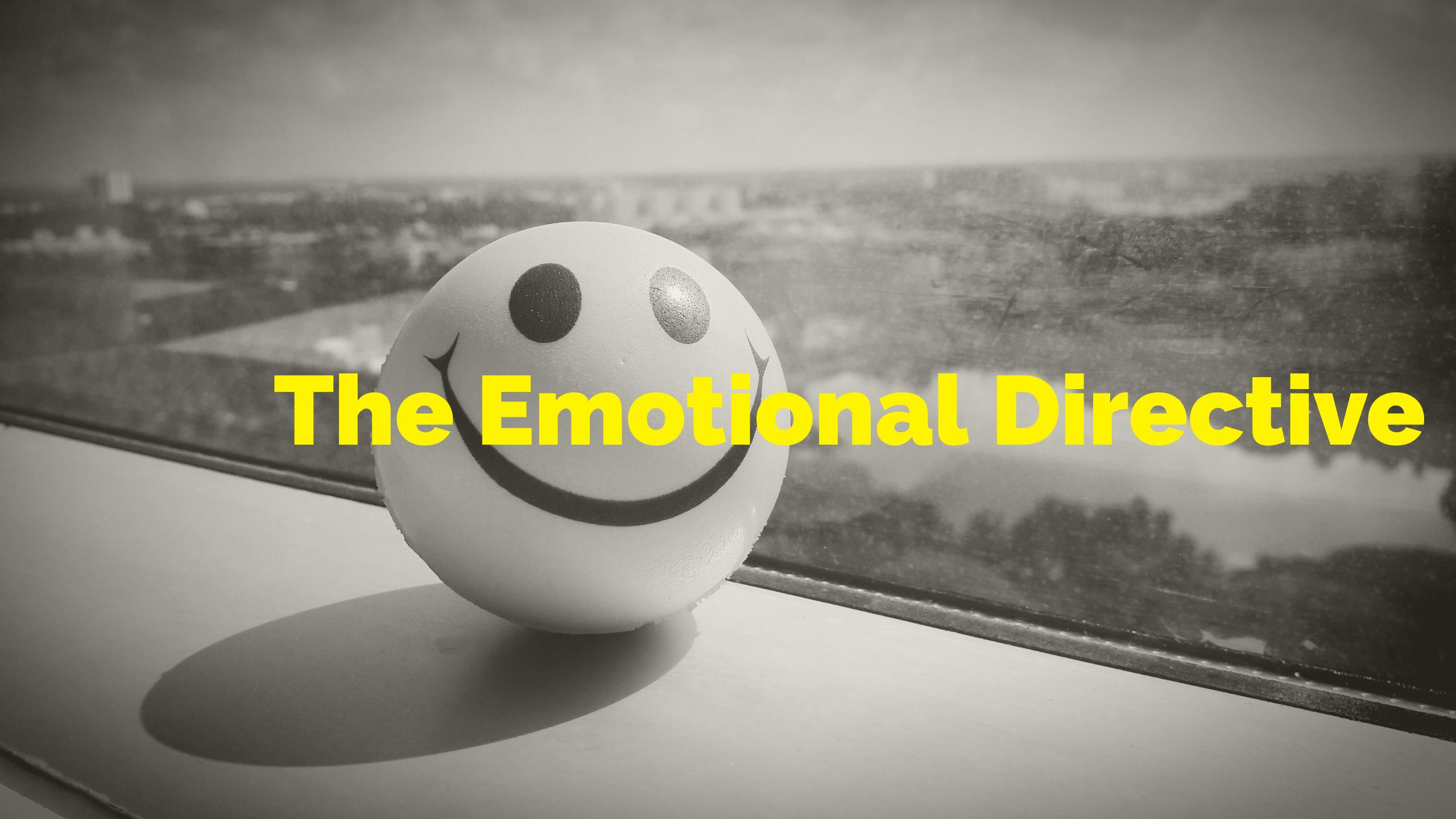 Like a city that is broken into and without walls is a man who has no control over his spirit. – Proverbs 25:28

To say I grew up with my heart on my sleeve is an understatement. Besides being overly honest about how I feel, I’ve also – to my detriment – allowed my emotions to override any and all logical and realistic thinking. Early on in life, this caused me a bit of trouble, but not enough to snap me into reality. I was a kid. I was emotional. Life went on.

But as I grew older, moved out on my own, and began to experience the world for myself, I quickly realized that uncontrolled emotions didn’t always work to my benefit.

I would react to events at my job with my emotions, and I would be reprimanded for it, or it would prevent me from being given better tasks or promotions. Mainly because I was seen as emotionally unbalanced, unable to think rationally, or just short-fused.

I would react to relationships purely out of emotions, and it caused the disintegration of those relationships because there was no solid foundation of commitment and dedication built underneath them. My version of love was actually emotion-based. It didn’t mean I didn’t really love, it just meant that I surrounded that love with feel-good emotions that were used to carry my relationships forward.

I would react to life itself out of my emotions, and it prevented me from grasping reality. Instead of going in one straight line toward my goals, I meandered according to circumstance and my feelings. Before I knew what was happening, I was back at the start again, with no real progress being made.

There’s no doubt that there are definitely some positives to being an emotionally driven individual. We tend to experience life fuller. We tend to empathize and sympathize better than our logical counterparts. We also tend to steep in creativity and artistic tendencies.

It’s been challenging trying to control my emotions as an adult though. I tend to be reactive instead of proactive. I tend to be inflexible, grounded more in how I feel than in reality. This in turn leads me to detest change of any kind. And if there is any kind of change, I tend to react emotionally.

There’s a certain compromise that I try to make concerning my emotions nowadays. I don’t want to completely dismiss this unique part of me. My emotions are a part of me, a valid part of me. But sometimes they work against me. So I need to control them, keep them in balance. Allow my emotions to surface, but control the state of those emotions.

Instead of overreacting, I try to look at things in a realistic light, side-by-side with my emotions, so I can keep my emotions in check with the realization that things aren’t really as bad (or even as good) as my feelings would lead me to believe.

Instead of basing my relationships on emotions, I try to dig deeper and see the benefit I can both offer and receive. Even though it may hurt, I’ve learned to cut ties with those who only want to think of themselves or want to intentionally hurt me with their selfish ways.

Instead of basing my goals on my emotional status for the week, I am learning – quite painfully, actually – to write out my goals, the steps to get to my goals, deadlines for those steps, and then I am learning to discipline myself to follow through on those steps regardless of how I feel.

Do you ever struggle with your emotions? If so, what steps have you taken to keep them in line?

The Danger Of Faith

In The Company Of Excuses